Six months. It had been six, long months, and I couldn’t care less about how beautiful it was outside. The clouds were non-existent, and the sun was batting its flirtatious golden rays.

That morning sucked. It was the culmination of everything I promised I wouldn’t do. I felt dirty and exhausted. And I had a call to take that would lose our business $126,000 annually. Frankly, I was glad of it. I was burned out.

Which, speaking honestly here, is a little ironic considering I was hell-bent on making sure no one in our company burned out. As a serial entrepreneur, I know what happens when people burn out.

So if you, like me, ever felt like cussing at the sun for its mere existence, this is for you.

1. Don’t get greedy, even if you’re desperate

The burn out on this particular day began before I even officially had this account as a customer. It was during the sales call, when it took this particular CEO’s entire team to convince them hiring us was a good idea. That was a bad sign. I was talked down to during the sales call, and in the back of my mind I knew this would be a difficult client. I also knew that this particular sale would be a gateway into other subsidiary companies (who ended up working with us on and off). We didn’t need the money per se as our company was doing decently financially. But, I figured I could improve this particular company’s (and its CEO’s) outlook, and boost their online performance. Plus, the extra money would be welcome, and my pride as a salesman was more than challenged.

Safe to say, this company was a nightmare to deal with. For six months, we were talked down to, challenged, blocked, and sandbagged. We gritted through it, but the time we put in and the mental energy we exerted far outweighed what we were getting paid. Basically, it was more work than it was worth. And I was exhausted.

Bottom line: I had a bad feeling about this company from the get go, but greed and pride kept me from walking away. It led to burn out. No matter how much money you’re looking at, or how desperate you are, be brave enough to walk away.

Look, as entrepreneurs we tend to look on the brighter side of things. We focus more on the potential than the probability. If we didn’t, we wouldn’t have started our ventures, would we? The same tends to apply to work. Elon Musk – controversial founder of Tesla – just announced a goal of twenty million electric cars by 2030. A lot of analysts believe this is a huge over-promise. The issue is, over-promising doesn’t just affect your own burnout – but your employees’ too.

“I’m thankful I got fired, because I was working a lot and now my marriage is better”

Do you know what happens when you burn out your employees? They quit. And that’ll cost you real money. (If you’re a medtech startup, that’s between $250k – $1.2 million annually).

Bottom line: Don’t be like Elon. Don’t over-promise. Avoid that by having a tight feedback loop with your employees, and check with them when setting goals.

Bottom line: According to Snore Nation — yes, that’s actually its name — the average adult needs at least seven hours of sleep every night, preferably seven to nine. Backsliding a night or two won’t kill you, but over time, all those missing hours can take a serious toll on your health — and your productivity. So go take a nap.

Yes! You heard me! Stop with the fad diets, you don’t have time for that. Eat healthy, but understand that carbohydrates are the first stop your body makes for fuel. And – against popular belief – fat is not the next stop. Protein is. Which means all your keto dieting is doing is sapping your energy (which you need), losing muscle (which helps you burn fat), and dulls your mental sharpness (lack of carbs). Instead, plan your carbohydrate intake during the time of day when you feel less energized. Here’s how it works for me: I’m good with energy in the morning. I start crashing at 3pm or 4pm. When I do, I pop three clementines or a huge apple. It seriously makes a big difference. If you have a late night ahead of  you, carb up for dinner. White rice will hit fastest, or at least it does for me. Just make sure your carbs are healthy, fibrous, and don’t have any added sugars.

Bottom line – Get some healthy carbs in you. Your brain (and belly) will thank me. And you might even lose some weight along the way.

If this sounds a little preachy, hang in there with me. The title was mostly to get your attention. (“Sabbath” is a Judeo-Christian term for the last day of the week). Here’s the message – take a day off, every seven days. I don’t care what day it is, I don’t care what you do, and I don’t care where you go. But you better not be at your office, computer, desk, or even thinking about work. And all that “hustle” venture capitalists like to promote? Hypocritical. They don’t do that. Everyone takes a day off. If they don’t, they’ll burn out. I guarantee you.

In 1926, Henry Ford (yeah, that Ford) reduced his factories’ workweek from six days to five, and 48 hours to 40, after finding out that productivity diminished greatly after his workers toiled eight hours a day, five days a week. Why? Productivity turns sharply negative as we move beyond 40 hour weeks. So he was actually losing money as a business owner paying them to work a sixth day with no ROI.

Bottom line: You’re an entrepreneur. You should care about revenue and efficiency, not how many hours you can slave away. So automate as much as possible. If you don’t take a day off every week, you’re literally losing money. Who would want to invest in a founder who does that?

So please, for the love of all that is holy, don’t over-promise, and don’t take on bad customers. You can’t fix them, and it’s a waste of time and money. Eat some good food, get some sleep (and take a freaking nap, please), and frequently take a day off. 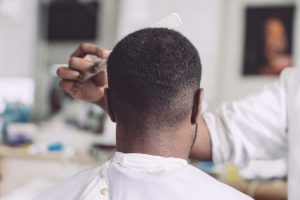 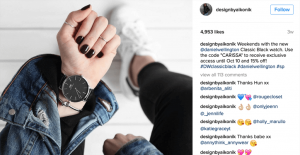