1. What is a brand ambassador

If you’re not familiar with the idea, a brand ambassador is person who’s tried your product or service and loves it — loves it enough to say amazing things about it. Simple as that. There’s really not much else to it. Brand ambassadors don’t have to have a ton of followers. In fact, often times they’re just people who end up raving about you. The super fun part of what a brand ambassador can do for you comes in the influence that they hold – it may not be far reaching, but boy is it powerful. So powerful, we’ve found that most of their friends will at least check you out, if not buy your product down the road thanks to their friend’s glowing endorsements.

It’s part of the reason Yelp became so huge. Instead of relying on food experts who didn’t exactly focus on the restaurants that normal people go to, Yelp gave everyday people a place to give some props to their favorite places. Now it’s one of the biggest sources of new business for restaurants and food chains anywhere.

2. Most word of mouth reviews are positive

One of the reasons brand ambassadors are so powerful (besides how influential they are, and the fact that they’re normally free) is that 99% of what they say about your company is positive. Usually someone becomes a brand ambassador because they love your product. But something that most people don’t talk about? The keyword “most.” The great thing about brand ambassadors are that they’re normal people – they don’t have a vested interest in whether or not your product looks good. So guess what? They’re going to be honest, which means they’ll admit when there’s a flaw. And that’s a good thing. No person is perfect, and therefore no product is either. If people recommending you or your product are too effusive with their praise, and claim you’re perfect, then people start to become suspicious.

3. A brand ambassador is Usually Free (if not cheap)

Like we talked about above, brand ambassadors are typically normal people who naturally will spread the news of how awesome you are. But on occasion, it may be appropriate to incentivize people to talk about you. Whether that’s giving away a free sample asking people to review your product, or paying someone to review it if they have a larger following. If you end up having to go this route, typically it doesn’t cost much to do. And even when incentivized, brand ambassadors and influencers are still incredibly (brutally) honest about your product. Reason being: they have to maintain that high level of trust with their community.

So if you’re comfortable with that, influencers are an amazing route to go.

4. A brand ambassador is definitely an influencer

Remember how we said brand ambassadors are incredibly influential in their smaller spheres? That’s why they’re so powerful. Influencers are a newer trend in social media that have been found to be a very successful in driving business to companies. An even newer trend –micro-influencers– drive even more business. Up to 20x the revenue a spokesperson or large influencer would drive.

But until now, it’s been incredibly hard to quickly (and in a scalable way) find micro-influencers who can drive real business changing revenue to your company.

5. A brand ambassador is ROI Positive only if tracked

So the biggest issue with micro-influencers and brand ambassadorship is tracking how successful your campaign has been. That’s why it’s important to make sure you include some way to measure success. One small business decided to create a separate phone number through Google Voice, and gave micro-influencers the number for their followers to call. They forwarded all calls to their normal business line, but were able to track how many calls they received through voice.google.com. Other companies will give influencers a specific URL, or create a tag and track them that way. The most important thing to remember is that you can’t claim a campaign was successful without the right data. And that requires the right tracking. 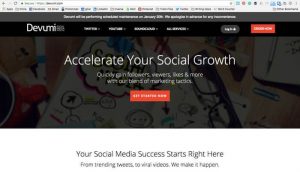 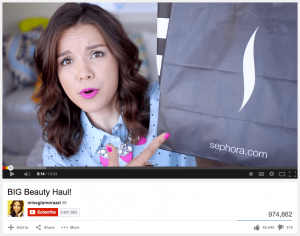 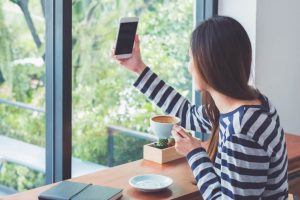